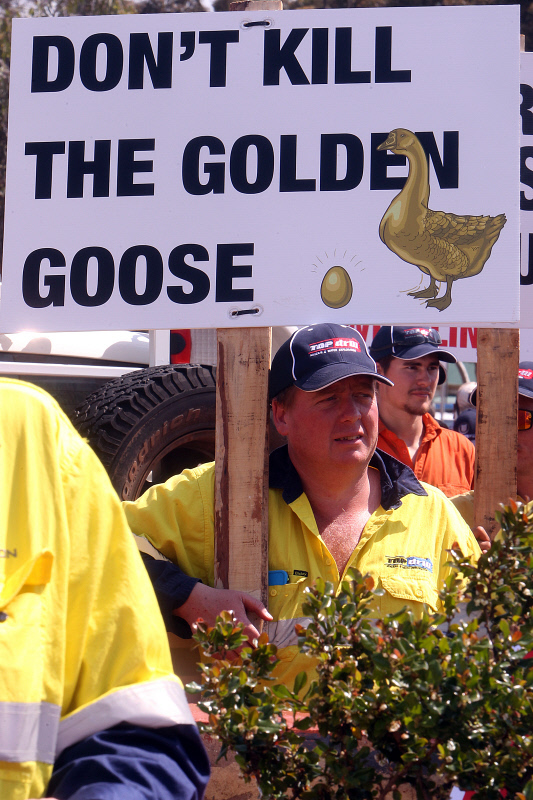 Congratulations to Topdrill’s Managing Director Tim Topham for his award at the 2019 Business News 40under40 awards! Tim was one of four finalists for the first among equals award and won the Best Large Business category.  Read his story below.

Tim Topham and his brother had little to show for their business dream in 2006, spending their nights on mattresses in their newly purchased yard in Boulder.

By day they pieced together their business plans and sought finance for their first drilling rig.

More than a decade later the company they created, Topdrill, now has 20 rigs and 216 staff, and has worked with clients such as Northern Star Resources and Sandfire Resources.

But it was not an easy journey for the New Zealand-born Mr Topham.

“We were pretty hungry (for success), we had the desire to give it a good crack,” Mr Topham told Business News.

“There were so many (business) learning curves, or challenges, where we had no idea.

“We knew how to run a drill rig, we understood the mechanics.”

After the first rig was purchased and driven from Townsville in Queensland to Kalgoorlie, there was a lag of about four weeks between paying GST to the government and reclaiming it.

That immediately put the business into overdraft.

“It was just a pure timing challenge, but the effect on our working capital was immense,” Mr Topham said.

For two years, Mr Topham and his wife lived in sea containers in the yard.

The next major hurdle was when the GFC hit and work dried up.

Then Mr Topham’s brother left the business and had to be bought out.

“The music stopped, there were no chairs left to sit on,” Mr Topham said.

“With the help of one friend, we rung all 430 exploration companies based in Australia.

“Out of the 430 companies we managed to find four to tender on.

“We won one of those tenders, 1,000 metres of drilling, five days work up in the Murchison, just out of Meekatharra.

“On the ninth out of 10 holes, 100 metres deep, my driller and I (convinced) the geologist to go a bit deeper.”

They then struck a deposit that later formed Sandfire Resources’ Degrussa copper and gold mine.

Things improved in the next few years, ahead of a second downturn in 2012.

That time Topdrill was prepared, Mr Topham said, with the business tripling in size via the purchase of equipment as a glut of machinery hit the market.

“Starting tough had never given me the luxury of sitting back and resting,” he said.

In the time since, Mr Topham has led his field in recruitment of women and embrace of technology.

Topdrill’s first female recruits joined in 2017, and a further 50 have been hired.

By next year, Mr Topham hopes to have an all-female drilling crew.

“Our workforce in the Pilbara (is) about 28 per cent female at the moment,” he said.

“It’s an interesting dynamic; traditionally new entrants in the mining sector would start up in the Pilbara as a cook or a cleaner.

“Now with autonomous trucks, there’s not a lot of opportunity for people to progress.

“We’ve got some really motivated girls, we’re quite fortunate.”

Mr Topham said he was particularly proud of another worker, a refugee who had come via Christmas Island.

He said the uptake of women in the sector had been partly enabled by use of technology.

Mr Topham said one of the ways he keeps his workforce motivated is going out to visit his staff on the rigs, particularly in the Goldfields.

The company’s culture revolves around supporting these employees and the Kalgoorlie community, he said.

At Topdrill, there is a major focus on mental health, collaborating with a chaplaincy service and an assistance program.

Mr Topham has had wide involvement in sponsoring local programs, including through donations to the Goldfields Children Charity, Royal Flying Doctor Service, sponsoring the Women’s Leadership Forum, and the St Barbara’s Day Parade.

And he’s had his own personal bonus – being able to buy a farm next to his parent’s property back home in New Zealand.